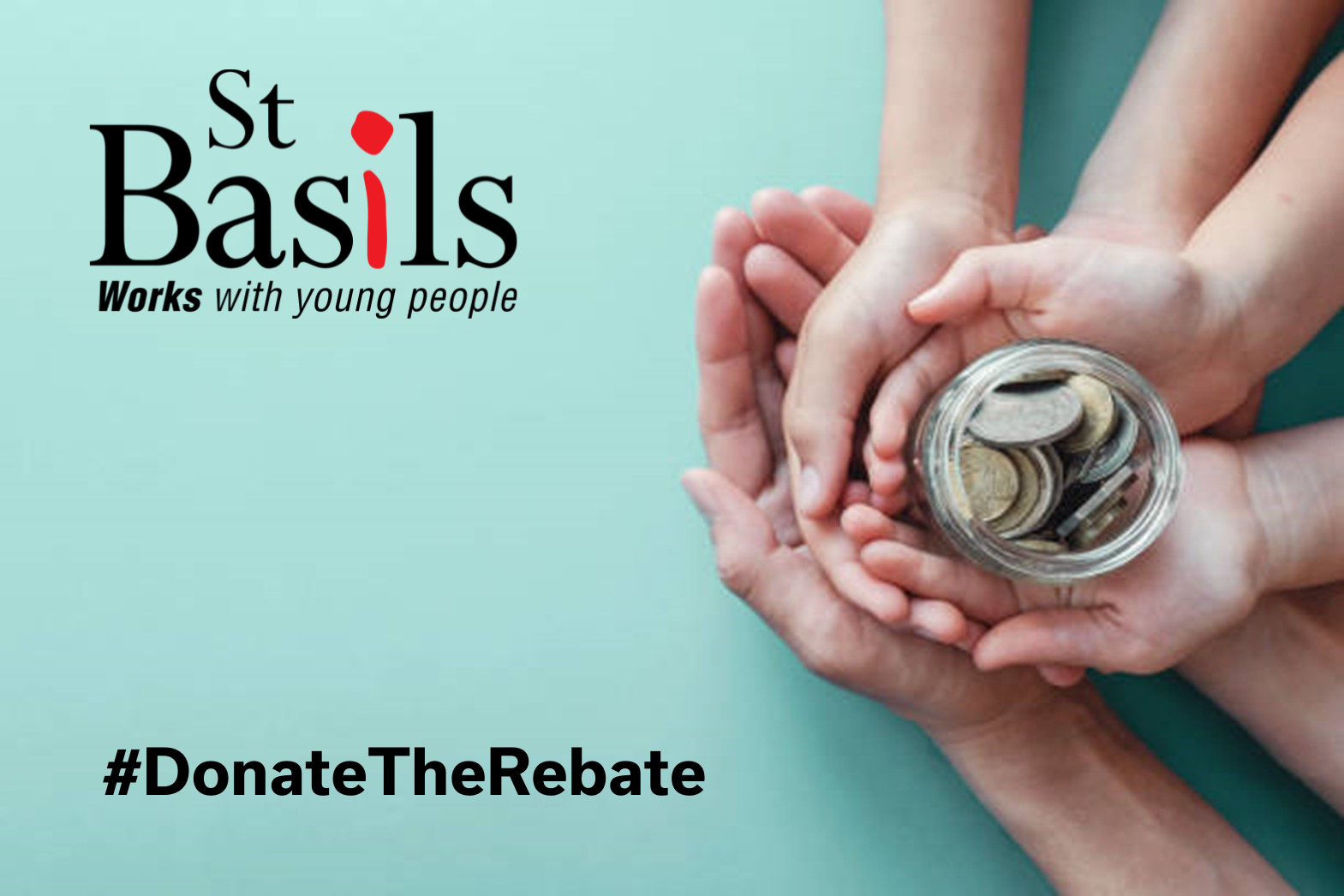 Many of those in a fortunate position have agreed to donate their £400 energy rebate to good causes this Summer- could you be a St Basils Rebate Hero?

What is the Rebate?

Chancellor Rishi Sunak announced a series of additional support measures last month to tackle the UK’s cost of living crisis. Soaring inflation and energy prices have hit households hard. The original plan, announced earlier this year, was for households to receive a £200 discount on their energy bills in October, with the Government meeting the costs. Originally, this would have had to have been repaid, however, the Chancellor announced that the discount would be increased to £400 and will no longer have to be paid back.

As this new benefit is not means-tested, many people who find themselves in a fortunate position- or less impacted by the cost of living crisis- have expressed interest in donating their rebate to a charity. For example, we as a charity received several donations from the recent Council Tax rebate, which went towards our cause in helping to end youth homelessness. It’s a way of giving back to the communities around us that are facing hardships.

At St Basils, we know that most people are feeling the pinch with the cost-of-living crisis. In fact, many people are not only feeling the pinch- they’re devastated by the impact it’s had on their lives. The cost-of-living crisis impacts the whole country- and disproportionately affects those who are already vulnerable, including the young people we home every single night.

We would never make the ask to those who are vulnerable, or who would benefit greatly from this rebate. However, if you do feel you’re in a position to donate your rebate, why not think of St Basils?

Your £400 rebate could pay for the following:

To donate all or part of your rebate, click here.