St Basils works with young people aged 16-25 who are homeless or at risk of homelessness, helping over 5000 young people per year across the West Midlands region with specific services in Birmingham, Coventry, Leamington Spa, Sandwell, Solihull, Walsall, Warwickshire, Worcestershire and the Wyre Forest.

Scroll down to find out more. 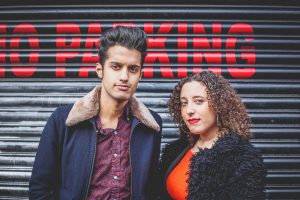 Every year around 1200 young people are housed in our 39 supported accommodation schemes, which for some young people includes their young children as well.

We have a range of prevention, accommodation, support, employability and engagement services to help young people regain the stability they need to rebuild their lives, gain skills, confidence and employment and move on.

The aim is to help them successfully break the ‘cycle of homelessness’ so that they can go on to experience a bright, fulfilling future and never return to a state where they are at risk of homelessness again.

What is it we are ultimately trying to do? Here’s Barrie from the team to tell you.

51% of referrals to our services were young men;
48% young women;
1% Transgender

This promotional film aims to explain a bit more about how we try to improve the lives of young people.

It features a poem written by Beth, a former young resident of ours.