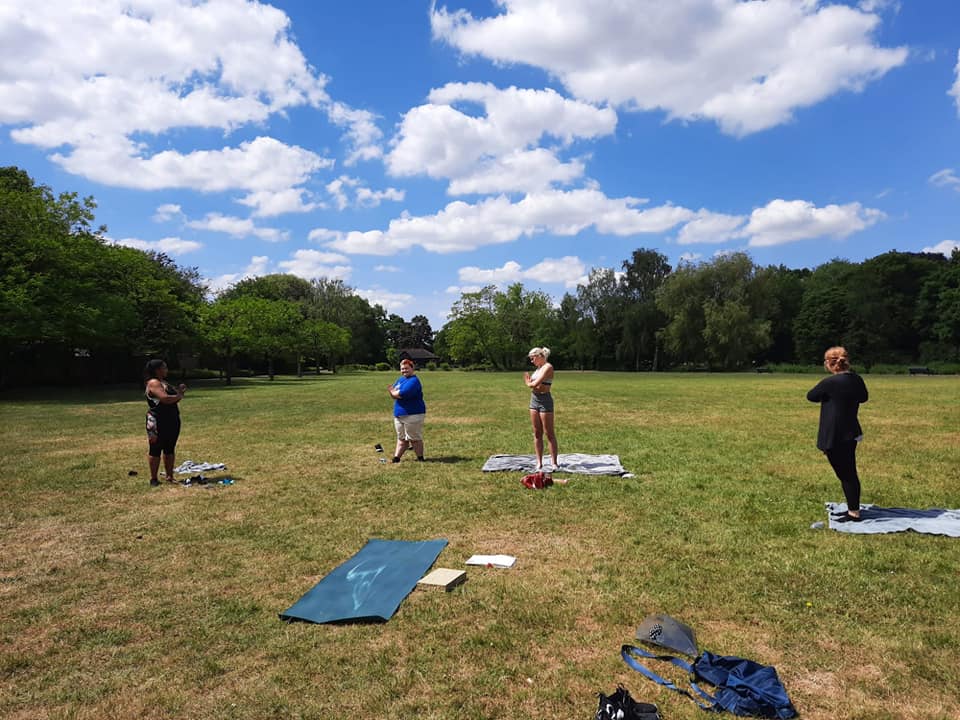 Coronavirus or not, our work continues, so we’ve been catching up with staff at various different St Basils supported accommodation schemes to find out what the challenges have been and how they have adapted so that they can continue to support young people in these difficult times.

“Things have changed drastically since lockdown. As a night worker at Trentham house I have continued to work throughout the lockdown and have tried to keep life at the project as near to normal as possible.”

“There are things such as cooking sessions and workshops that have had to be cancelled due to not being able to remain 2 meters apart, however life skills and resettlement sessions have continued. The way we do this is by asking the resident to wash their hands and sanitise and then remain at least 2 meters apart and due to the office space this has worked well.”

“Initially I used my work phone to create group chats on WhatsApp and held quiz nights, I have also had an exercise session in the garden with the girls which also worked well. The residents are missing family members and friends however they have shown great resilience since lockdown began and they all continue to make me feel very proud of them.” 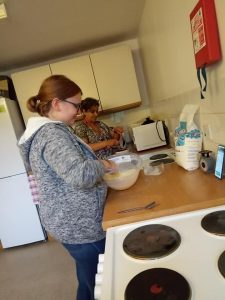 “It has been difficult for our residents. Now they’re not working or physically leaving for college, the structure has gone to their days and they were saying they were bored.

One of our young residents, before this happened was flourishing, he’d just got a job at a fast-food chain but he’s become very unhappy since he’s been unable to work. He’s looking forward to getting back to it. Some of the residents were on the move-on process as well and all their goals were around that, and now it’s all stopped. They’re not able to bid on council properties so they’re all a bit in limbo at the moment.  It’s been a struggle to keep some of the residents inside as well.

So we’ve responded by trying to do as many activities as we can between the staff team here. We’ve continued to try and engage face to face and have individual or group chats, albeit from a safe distance.

We continue to knock on the resident’s doors in the morning and we’ve also been offering a breakfast or brunch club to try and give them a reason to get up.

Yoga has become a popular activity. The first time we did it, I was due to start work at 11am and I found all the young women waiting at the door in their kit!  We decided to go to the park as it was very hot in the lounge. It was really lovely in the park and they all said how much more relaxed they felt and how much more energized. Then we came back and made banana smoothies. 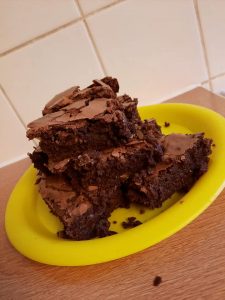 We’ve done some baking as well. In one session we made brownies and we were actually all really impressed with them. They were honestly delicious.

We’ve also been trying to think of what events we could hold, so we celebrated Eid with them, plus we have plans for other celebrations coming up in the next few months.

Another event idea we’re planning is a make-up night. This has been another popular idea, particularly with the female residents, and although we can’t do the makeup on them because we’ll have to keep the distance, we’ve adapted it and decided to demo it and then they can all do it on themselves.

We’re also tried to interest some of the residents in sorting out their things, tidying up and cleaning and interestingly some of the boys have become very good at that.”

“The biggest change is having to support the young people while social distancing and support them to social distance too. So we are helping them with in some cases food, deliveries, taking in parcels and leaving things outside their doors to help them to keep safe.”

“The young people are staying in their rooms and doing homework from college or accessing St Basils employability courses online”.

“The biggest challenge is, if they get stuck, we can’t say anymore ‘Just pop down to the office and I’ll show you, or I’ll explain it to you or we’ll go through it together.’ If they have a concern or a question, perhaps something they’ve seen on a website, they’re having to take photos and then we message them back. It can make explaining and understanding more difficult.”

“A few of the young people here have mental health problems but are now only able to access counselling over the phone, which I worry is not as effective, but it’s all we have. Fortunately all is calm at the moment.”

Due to distancing we have reduced the amount of staff onsite and spread shifts more thinly. Both progression coaches have still come into work every day and provided a good service to young people. Initially we had a lot of incidents with young people where they were feeling frustrated with lockdown but our progression coaches have continued to work with and support young people using technology and over the phone which has helped to ease their minds.

Initially we were concerned that young people may stop engaging during COVID-19, however the young people are actually engaging more positively and have continued to work incredibly hard with their progression coaches to complete the Tenancy Ready Programme that we deliver at Hope Street, which is comprised of 12 modules of life skills. Both Progression Coaches have managed to get some great engagement from young people and have really provided a great support service to young people when they have needed it most.”

As you can see our staff have adapted well despite the challenges and have continued to find new and innovative ways of working so that they can continue to support young people in these uncertain times.

If you can afford to donate any amount to us to help ensure this important work can continue, you’ll find details of various ways to do so on our donate page: